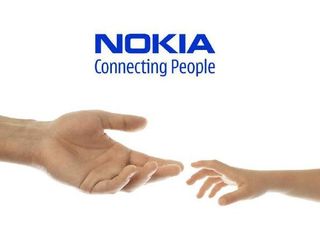 Nokia, Microsoft... who knows what to believe?

Nokia CEO Stephen Elop has spoken out about the rumours that Microsoft made the company an offer of $19 billion for its mobile phone business, describing the rumours as "completely baseless".

Speaking at the D9 event hosted by All Things Digital, Elop told delegates, "There's absolutely no discussion. The rumours are baseless. It is as clear as that."

And why? Because selling feature phones "does not align with Microsoft's business" – a fair point given the colossal failure of the Kin.

The truth is out there

But whether or not we choose to believe Elop is another matter; after all, it wouldn't be the first time that a tech CEO has played fast and loose with the truth about secret business plans.

The rumours he's referring to have been stirred up by Eldar Murtazin, a blogger with an uncanny knack for rooting out Nokia rumours that tend to come true.

He claimed that Microsoft had offered Nokia $19 billion for its mobile phone arm last week, although he offered no evidence to back it up.