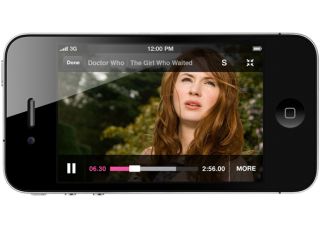 The BBC has finally released an official iPlayer app for iPhone – bringing streaming over 3G and WiFi and AirPlay compatibility with it.

Although the BBC has had an iPad and Android app available for some time, it's almost a surprise that the iPhone has only just got a version for itself.

The iPlayer for iPhone app – compatible with iPhone 3GS, 4 and 4S, brings a channel switcher allowing you to flick between TV and radio channels – and the AirPlay compatibility means you can stream to your Apple TV and send programmes to your TV.

"The app is available to download in the Apple App Store now and is compatible with iPod touch or iPhone 3GS and above, running iOS4.3 and above."

Also significant is the arrival of 3G streaming in the new iPhone update and also, for the first time, the iPad app which has been updated to incorporate both 3G streaming and AirPlay support.

Interestingly, the mobile web version of the BBC iPlayer will also support 3G streaming for the more modern devices.

"We have worked closely with the network operators to introduce 3G streaming and create a great mobile experience so you can watch your favourite TV programme wherever you are or listen to the radio when you are out and about," added Madden.

"3G streaming is enabled in the iPhone and iPad apps and will shortly be coming to the mobile web version of BBC iPlayer for allsupported devices."