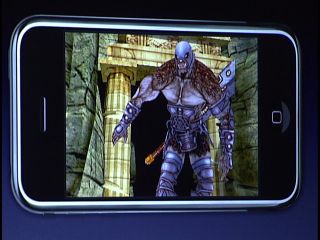 Perhaps the folks at Apple will be able to take a few seconds of rest to drink some celebratory fizzy water after the revelation that the Apple iPhone has crossed the magical milestone and gained one per cent of the market.

Admittedly, it's a far cry from Nokia's 38.6 per cent share, but that has plummeted nine per cent in the last year, so maybe a little recession-based volatility will help the Cupertino boys.

In fact, Apple's iPhone has garnered 1.1 per cent of the market in less than two years according to ABI Research and if you count the iPhone and the iPhone 3G as roughly the same model (which they are) then Apple has managed to sell one device to a huge number of people.

Looking over its shoulder

There will be some worried faces over at Motorola (if they're not already completely worried out) as they realise their quickly slipping market share now looks vulnerable to any new challengers from Apple.

The iPhone sold around 13.7 million units worldwide in 2008 after it managed to exploit some of the markets without a carrier agreement for the first generation handset.

New deals with networks in Russia and China( the population of which are among the top five iPhone users, despite there being no official carrier) mean that the iPhone 3G, and the possible next-generation model, could push Apple to even greater mobile heights in 2009.