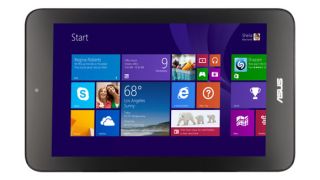 Revealed at CES 2014 in January and rumored for weeks before then, the Asus VivoTab Note 8 has gone on sale in the US.

Microsoft itself put the Windows 8 tablet up on its US Microsoft Store website, though it's only available in one storage option and for slightly more than was previously announced.

It packs an Intel Atom Z3740 Bay Trail processor, 2GB of RAM, 8 hours of battery life, microSD expansion, and 5- and 1.2-megapixel cameras. It also comes with a Wacom digital stylus.

The Asus VivoTab Note 8 first leaked in December, when we examined its specs and speculated about its price.

After the user manual leaked online, it was only a matter of time before Asus announced it at CES.