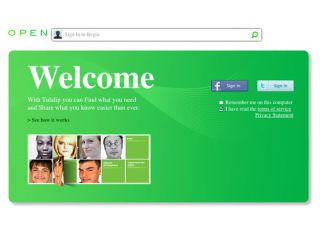 Will Microsoft's Tulalip project ever again see the light of day?

One of Microsoft's research teams mistakenly pressed the big green button on a social search project codenamed Tulalip, which was briefly online at socl.com.

The site was quickly taken down, which is just as well given the unpolished, grammatically suspect nature of the site.

The welcome message declared that, "With Tulalip, you can Find what you need and Share what you know easier than ever."

We're not sure that Microsoft would launch a search service that wasn't under the Bing brand, but it's interesting to see that the company is experimenting with social search.

The page has been taken down and replaced with a message from the team behind the site:

"Socl.com is an internal design project from a team in Microsoft Research which was mistakenly published to the web. We didn't mean to, honest."