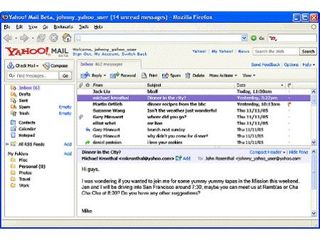 Following Google's announcement that it is moving its search services out of China due to censorship worries, Yahoo emails belonging to journalists in China and Taiwan have been hacked.

Some journalists in China and Taiwan were unable to access their accounts last week beginning on March 25.

Kathleen McLaughlin, a freelance journalist in Beijing and Andrew Jacobs of the New York Times were both affected by the hack.

A number of human rights activists and journalists in China had similarly discovered their Gmail accounts had unknowingly been forwarded to unfamiliar addresses late in 2009 and earlier this year, causing Google to eventually decide to start to cut its ties with China.

Yahoo is yet to comment specifically on the email attacks, other than a spokesperson telling Reuters: "Yahoo! condemns all cyber attacks regardless of origin or purpose.

"We are committed to protecting user security and privacy and we take appropriate action in the event of any kind of breach."

Earlier this year Yahoo said it was "aligned" with Google's position.