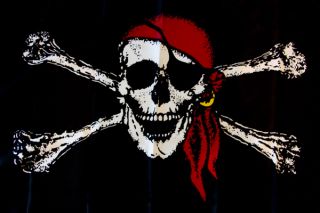 Mandelson's plans will do nothing to deter determined file-sharers

In news that's surprised absolutely nobody, Lord Mandelson has confirmed that the UK will be getting a new Make Rich Record Boss David Geffen Happy law.

By 2011, persistent file sharers will be sent angry letters and then their connections will be choked or cut off.

Here are seven reasons why the plan stinks.

Broadband connections aren't per person; they're per building. Should dad's home business be booted off because his kids have been sharing music? Is a café responsible for what its customers do with its Wi-Fi?

2. It's a kangaroo court

Remember "innocent until proven guilty"? Mandelson clearly doesn't. Under the proposed plans, the only time you'll be able to defend yourself against disconnection is to appeal to Ofcom once the decision to cripple your connection has been made. Apparently, appeals will be heard within 30 days. It's not hard to imagine Ofcom being overwhelmed by appeals and that 30 days becoming 60, 90 or 120 days. Not great if you've been wrongly accused.

3. The French are behind it

Oh yes they are.

4. The bad boys will evade it

Encryption, proxies, VPNs, piggybacking other people's Wi-Fi so innocent people get the blame… you can be sure that by the time disconnections start in 2011, there will be all kinds of ways for dedicated downloaders to evade detection. And sheer force of numbers means the plans will never catch more than a minority of file sharers.

Given the choice between investigating rights holders' complaints - which will cost time and therefore money - and just blocking anything that might be used for dodgy downloading, which option do you think ISPs are going to choose?

6. Labour won't be around to make it happen

Does anybody other than Mandelson really think Gordon Brown will still be in charge by 2011? If there's sufficient public outcry over the proposed file sharing ban, the Conservatives could make dropping it a election pledge.

Oh no! You've been cut off or slowed down by your ISP! Oh look! Your wife/brother/flatmate/space alien who just happens to live in your house has signed up to a different ISP and is letting you use their broadband!