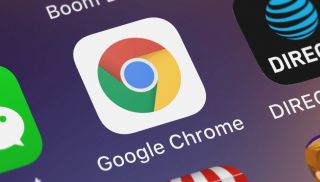 Google is planning to revamp its extensions system in a way that will break several popular ad-blockers, but the developers of several other Chromium-based browsers (including Vivaldi, Opera and Brave) have announced that they won't be following its lead.

According to ZDNet, all three companies have confirmed that they won't be making the same API changes, despite being based on the same open source code base.

The update to Chrome's application programming interface (API), known as Manifest V3, was announced in October 2018, but it wasn't until January 2019 that its implications for extensions started to become clear.

You shall not pass

Ad-blockers including Ghostery and uBliock Origin rely on Chrome's webRequest API, which allows them to block ads before they're downloaded. Under Manifest V3, this feature will be deprecated, effectively breaking the blockers.

"Chrome is deprecating the blocking capabilities of the webRequest API in Manifest V3, not the entire webRequest API (though blocking will still be available to enterprise deployments)," explained extensions developer advocate, Simeon Vincent.

If you want to stick with your favorite ad-blocker, it could be time to switch to an alternative Chromium-based browser, or even something with a completely different codebase like Firefox.