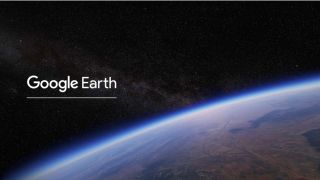 Google Earth is expanding its Voyager feature, which shows special videos and photos attached to specific spots around the globe, to one day include content from the public.

Announced during a special event in Brazil, Google parent Alphabet wants to open up Google Earth to include photos, videos, stories and other contributions from regular users within the next two to three years, according to Reuters.

By pinpointing locations that have special meaning to them, users could theoretically write a story about their experience at that very spot, complete with photos and video for others to enjoy.

By opening up to the public, the amount of content on Voyager could increase exponentially — but it could also open Google Earth up to some concerning scenarios.

Keeping user-generated Voyager content from going rogue could become a Herculean task, as Google's moderators would have to scan a planet's worth of posts to ensure no one abuses it for harassment, especially doxing via pinpointing a person's home or work address without consent.

That said, the possibility of having users worldwide pepper a virtual Earth with shared memories, stories, trivia, tourist insight and more could make the world feel more like the shared space it is. We'll just have to see what Google does to make that a good overall experience when it launches Voyager's public posting feature.