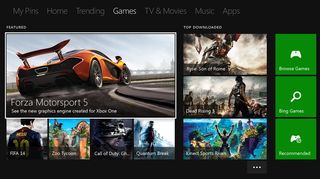 Driving, fighting, shooting, building all present and accounted for

The Xbox One is nearly here, and the games for the next-gen console are stacking up quite nicely.

Xbox Wire released an updated list of games today rounding out the total title count to 50 - though that number will continue to grow as the site stated more games are expected during Gamescom this week.

Though the Xbox One shares some title releases with the PlayStation 4 - which has a total of 34 games currently - 38% of its list is made up of either exclusive content or contain timed exclusive content for the One, while 37% of the titles are completely new IP.

Notable heavyweights recently hyped up by Xbox are Ryse: Son of Rome, Halo and Quantum Break plus a few familiar titles like Minecraft: Xbox One Edition and Plants vs. Zombies: Garden Warfarecan be found on the list.

Check out our constantly updated line-up of blips.