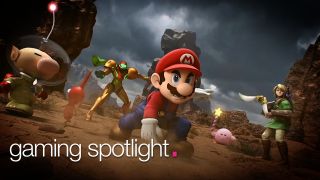 Is a new console in the stars?

It's fair to say that the Wii U hasn't quite panned out how Nintendo had hoped. Even with Mario Kart 8 and Super Smash Bros close by, there's still a serious lack of third party titles on the horizon.

Then there are the abysmal sales figures. How can Nintendo turn things around? Is the Wii a sunken ship, or can it be resurfaced? Could Nintendo reverse its fortunes with a new console?

This week, Gaming Spotlight talks about what went wrong and how Nintendo can return to better times. After all, the 3DS shows that Nintendo is still doing something right.

Oh, and excuse us while we have a little vent about DLC...