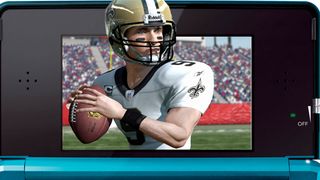 Nintendo 4DS already in the works?

The handheld console only arrived in UK and US stores during March 2011, but Miyamoto says plans for the next generation are now being drawn up.

When asked by IGN whether a rumoured larger-screen Nintendo 3DS XL is in the works, Miyamoto says the team are looking further even ahead.

"What we're thinking about right now is probably going to be for a future generation of handheld," he said.

Nintendo faces a crucial next 12 months in his history.

Initial sales of the 3DS handheld console were very slow, but business has picked up since Nintendo initiated a considerable price cut last summer.

Of course, later this year the company will launch the Nintendo Wii U console, with the jury still very much out on whether it will be a success.

Nintendo shocked everyone with the launch of its glasses-free 3DS handheld. What surprises and innovations could a successor have in store? Let us know your thoughts in the comments section below.