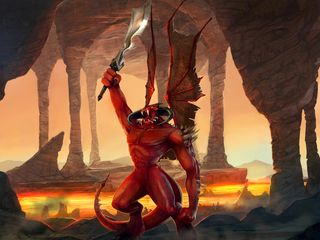 Jagex brings War of Legends to the European market

Browser gaming specialist Jagex is set to bring an English-language version of its popular Asian game War of Legends to the European market.

Jagex is now the largest independent games developer in the UK and launches its historical military conquest game this month.

War of Legends was originally developed by a Chinese developer and launched as World of Feng Sheng in China.

Runescape, put it down!

As with other Jagex games such as the massively popular Runescape the game is free to play at first, but players can start to spend real money buying virtual goods in the game should they wish.

Runescape is also free to play, but players need to pay a $5.95 monthly subscription to access all areas and territories within this massive game.

War of Legends is a departure for Jagex as it will be the company's first game made by a third party.

Runescape currently has over a million paying subscribers and over 6 million players in total. Jagex is also working on a highly-anticipated new MMO called MechScape.