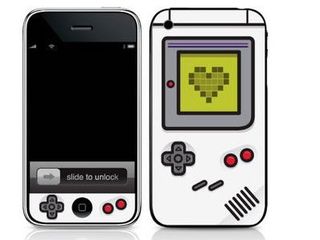 Those thinking that Nintendo would be bringing a game-changing Gameboy phone to E3 will be sadly disappointed as the Nintendo US CEO ruled out such a development.

"Telephony is not in our wheelhouse," Reggie Fils-Aime said. "It's not something I anticipate us getting into."

Previous statements from Nintendo execs have hinted that the company was thinking of making a phone, but only if it could avoid making customers pay a monthly subscription.

It seems that plan has evolved into a Kindle-a-like model, with a 3G SIM card embedded and giving always on connectivity without voice and texting and the like.

"We do see value in an always-on connected state," said Fils-Aime . "It's something that has value down the road."

Such a device would be sold for a fixed fee, and would negate the need to aimlessly hunt around for a Wi-Fi hotspot when trying to download extra content, as is the case on the current DSi.

However, it's unclear how Nintendo would deal with the data costs involved, as these could add significantly to the cost of such a device.