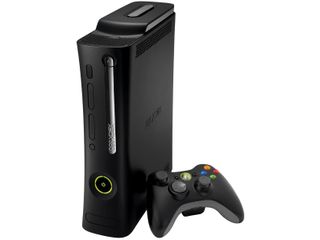 The Xbox 360 may well be in line for a makeover, according to Microsoft CEO Steve Ballmer.

The games console has stayed pretty much the same since its launch, a few colour changes aside, but Ballmer has hinted that this may all be about to change.

In a speech on cloud computing, Ballmer noted that "various price points and options" could happen for the Xbox in the future.

"[At the moment] you get exactly the Xboxes that we build for you," explains Ballmer. "We may have more form factors in the future that are designed for various price points and options."

Changing the entire look of a console is not usually something Microsoft does. The company decided to keep the original Xbox look before killing it off completely.

Sony, on the other hand, slim-lined the PS2 and gave it a new lease of life – on which means that the console is still around today, complete with new games.

Microsoft has continued to amend the Xbox's storage space but not much more.

So, could we see a smaller version of the Xbox? One which radically changes the design? Speculation says yes but history, unfortunately, says no.