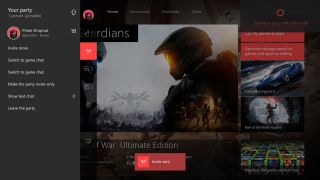 That Xbox One update you wanted is here.

The summer update for the Xbox One has been a long time coming but it's finally here, giving Microsoft's army of gamers access to the Cortana digital assistant for the first time, as well as bringing with it a bunch of other useful features.

Cortana works more or less as it does in Windows 10: you can speak out or type queries just as you would on the web, as well as control various aspects of the Xbox One experience (like powering off the console or controlling media playback).

The Xbox Store is also getting a new lick of paint to make it easier to find your games and see more information at a glance. Recently downloaded titles are going to be given more prominence in the layout, for instance.

Turn up the volume

Then there's support for background music, should apps want to take advantage of it, so you can keep your tunes playing while you battle aliens or race around Formula One tracks or whatever else it is you happen to be doing.

Microsoft is also adding a few tweaks to bring the Xbox One and Windows 10 closer together, and a limited number of Windows 10 apps are going to be available on the console, with more to come in the months ahead.

You can read about all the new features in the update on the official Xbox news blog. Next week is another week of note for Microsoft, with both the Xbox One S console and the Windows 10 Anniversary Update appearing from Tuesday.

How to set up your Xbox One for the first time: