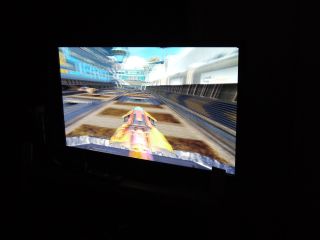 Microsoft could be set to make its own 3D announcement at gaming show E3, according to a broad hint by Blitz Games' Andrew Oliver.

According to Develop, Oliver told the Westminster eForum that an announcement from Microsoft on 3D was imminent, and with E3 starting in the next few days, the logical timing would be at their keynote to launch the event.

"Microsoft are going to be making an announcement about it at some point soon," suggested Blitz's Oliver.

Of course, Sony's Xbox 360 rival the PlayStaton3 has just had an upgrade to make it 3D capable, meaning people with 3D ready televisions can see the technology in action in their living rooms.

But there is still a healthy dose of cynicism around gaming circles as to the power of 3D, with many asking if the added development time actually brings tangible benefits or is merely a gimmick.

Until that is settled, the rivalry between the Xbox and PlayStation will ensure that a major feature arriving for one will leave the other desperate to react.