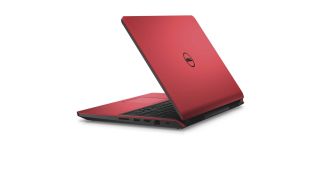 Dell announced a refresh of its Inspiron lineup at Computex 2015 with new laptops, a 2-in-1 hybrid, all-in-ones and desktops. Not only does the refresh touch on a diverse number of form factors in Dell's consumer computing family, but it also gives consumers choice with options for different CPU and GPU configurations.

The new Inspiron notebooks include the Inspiron 5000 Series and Inspiron 15 7000 Series 2-in-1. For all-in-ones, Dell announced the Inspiron 20 and 24 3000 Series. Desktop users can choose from the Inspiron Desktop, Small Desktop or Micro Desktop.

The Inspiron 5000 Series laptops come with 14-, 15-, and 17-inch screen options. Dell advertises "sharp high resolution displays, firm keyboards that are easy to type on for hours, exceptional battery life and great wireless performance" as key features of the 5000 Series. Dell is offering the 5000 Series with processor options from Intel and AMD.

Unfortunately, to keep the cost of entry low, select features are a premium add-on in the 5000 Series, including backlit keyboard, touchscreen, precision touchpad and True Color to adjust the color temperature, vibrancy, tone and color clarity of the screen.

The Inspiron 15 7000 Series 2-in-1 is a hybrid laptop with a 360-degree hinge that can fold back to convert between a regular notebook and a tablet form factor. With a forged aluminum body, nearly nine hours of advertised battery life, wide-angle IPS display, Waves MaxxAudio Pro audio software tuning, and backlit, spill-resistant keyboard, Dell is still able to keep the hybrid thin, measuring in at under 20mm (0.79 inches).

Highlights of the AIO include a slim design, edge-to-edge touchscreen, pop-up easel stand and single cord set up to give it a clean look on your desk or in your home. Users can also choose from either black or white color options.

Gamers who want the Inspiron 3000 AIO experience can choose to add an AMD Radeon R-series GPU for stronger graphics performance.

For those who prefer a desktop experience, Dell is offering a variety of PC form factors to fit your needs. The company announced an Inspiron Desktop tower, Inspiron Small Desktop and Inspiron Micro Desktop.

Dell's new Inspiron Micro Desktop competes in the same space as Apple's Mac Mini, measuring 5.16 x 5.16-inch (13.11 x 13.11cm). Dell says that the Micro Desktop is small enough to hold in one hand. The device can be configured with a dual-core Intel Celeron or quad-core Intel Pentium processor along with Intel HD integrated graphics. The Micro Desktop is available now for $180 (£117, AU$232).

Consumers who need to extend their warranty or require additional help or technical support can purchase Dell's Premium Support package.