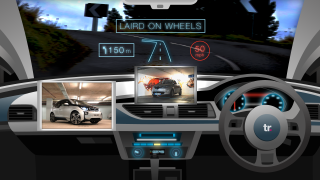 Synthetic fuels offer a carbon-neutral way to power your car

There's good reason to think the world may need an alternative to oil when it comes to fuelling cars. But if we do, hydrogen is a silly idea.

Instead, synthetic carbon-neutral hydrocarbons are a far better solution. They're not as sexy, not as futuristic as hydrogen. But they deliver on the key environmental objectives and add cheapness and ease of implementation into the bargain. Here's why.

For better or worse, the car industry is on the hunt for new low-carbon fueling solutions. It's about stopping our negative impact on the environment and any effect it's having on global warming as well as planning beyond fossil fuels.

At first glance, hydrogen looks like a great option. It's been invested in heavily as a fuel over the years because it can be produced from plain old water courtesy of renewable energy sources.

Whether used in a fuel cell to produce electricity or literally set on fire in a combustion engine, the only byproduct is once again water. Hurrah.

It also allows for speedy refuelling and long-range travel, remits that currently prevent battery-electric vehicles from offering a solution to all our motoring needs.

Problem is, in ambient conditions hydrogen is a gas and that presents storage and fuelling problems. Unlike a liquid fuel, you can't just pump it in and out of conventional tanks.

To put it really simply, it means you need to replace pretty much every car in existence and also install some extravagantly expensive new fueling infrastructure. Then there's the new hydrogen production facilities you'll need, which will be on a pretty epic scale in order to fuel the world's cars.

That doesn't totally kill off hydrogen as a future fuel prospect. But it does guarantee any transition will take many decades and cost billions upon billions. And that begs the question if there's an alternative that could deliver similar benefits sooner and for less money. There is.

"So long as you use renewable energy sources to generate such fuels, when you burn them in a car, the emissions will be zero sum"

The basic idea involves the synthesis of the very same hydrocarbons currently burned in existing cars out of nothing more than water and thin air. It sounds a bit crackpot, but it's absolutely real.

First, crack hydrogen out of water, just as you would to generate pure hydrogen to use as a fuel itself. Then extract CO2 from the atmosphere. Then whip out your chemistry kit and cook up pretty much any hydrocarbon you fancy. Petrol, jet fuel, methanol, the works. It's all doable.

So long as you use renewable energy sources to generate such fuels, when you burn them in a car, the emissions will be zero sum. The CO2 you emit is the same CO2 you previously extracted to create the fuel. Carbon-neutral in other words.

You'd probably put the production plant near the sea somewhere hot and sunny, thereby giving you access to water and solar energy. The CO2 is available anywhere. Same as you might for a hydrogen production plant, then.

Please think of the local emissions!

At this point, someone usually pipes up about local emissions. Surely you're burning petrol in cars just like now, so you've got the same local emissions problems? Yes you have the same emissions. But they're simply not a problem.

In my view, the health implications of non-CO2 local emissions from petrol cars are negligible.

But what's really brilliant about synthetic carbon-neutral petrol is that it can be used immediately in existing cars. It can even be supplied by existing fueling infrastructure.

That allows for both a rapid and seamless transition to carbon-neutral fueling. As soon as you start producing the fuel, you can use it in existing cars and start reaping the benefits and lowering overall carbon emissions.

Admittedly, a huge new manufacturing infrastructure will be required. There's energy required too, and therefore a possible carbon footprint associated with shipping the fuel around the world. But both of those problems apply to hydrogen, too.

Some car manufacturers have been talking about and even investing synthetic hydrocarbons, including Audi. But overall, I'm surprised the approach doesn't have more momentum. I suspect the superficial allure of hydrogen and misapprehensions regarding petrol car emissions are to blame.

The choices, then, are a fueling solution that gives us exactly what we want but at monumental cost and over a very lengthy time frame - perhaps as much as 50 years.

Or an alternative that delivers all the really important advantages, that's also massively cheaper and will begin delivering benefits almost immediately and can be rapidly rolled out thereafter.

Bit of a no-brainer, if you ask me.