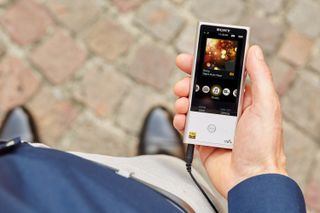 The music download business is not looking healthy. Download rates of singles have plummeted by 42% over the past four years, and if this trend continues the music download might be dead by as early as 2020 according to Nielsen's research as reported in Music Business World.

Meanwhile the use of music streaming services has skyrocketed, having jumped 97.4% year on year.

The data is clear on one point; music downloads are definitely past their prime, but that doesn't mean they don't have a future.

After all, when the overwhelming convenience of downloads pushed people away from CDs there were (and still are) those who prefer to keep their music physical.

Prior to that, when the mainstream moved from vinyl to CDs, people still clung on to their records, the sales of which have actually been rising in recent years.

My point is that just because the mainstream music consumer has moved on, that doesn't mean an old format automatically becomes redundant.

After all, music downloads currently offer something that no other music format can, namely the ability to carry high-resolution audio, which is better quality than that which is currently offered by CDs.

Using a site such as FindHDMusic.com you are currently able to find recordings that far exceed the 16-bit/44.1kHz sampling rate offered by CDs, with tracks of resolutions up to 24-bit/96kHz and above.

Yes MQA and Tidal are continuing to promise that one day we should be able to stream hi-res audio, but MQA is a new technology that requires studios to master tracks in the format, and it's adoption is hardly guaranteed.

So barring an MQA revolution the only way to enjoy hi-res audio is through music downloads, and while this continues to be the case music downloads may diminish but they will never die.

Music formats only die when they can't offer anything unique. Cassette tapes died because MP3 players offered portability in a better-sounding smaller form-factor. VHS died because DVDs did likewise.

But while music downloads continue to offer something that no other music format does they will never die.

They may decline, leading to mainstream players such as Apple exiting the space, and they may become the preserve of audiophiles, but death is a fate reserved for the truly useless.

Music downloads are not the minidisk or the UMD, they are not Betamax and they certainly aren't HD-DVD. They will live on long past 2020.