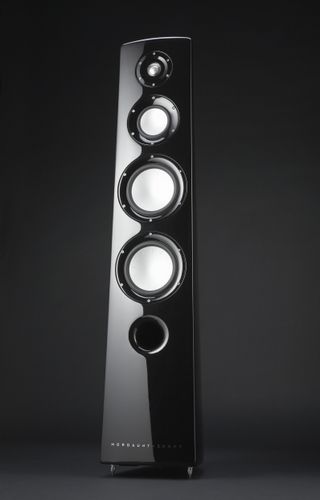 Loudspeaker specialist Mordaunt-Short has launched a new and improved version of its flagship floorstander, the Performance 6. The original speaker was always one of the most important models for the brand, as it showcased the talents of chief engineer Graeme Foy (G.Foy).

Now the firm has built on the strengths of the original, at considerable cost. A spokesperson commented: “Huge investment has been made to produce a number of enhancements resulting in improvements in two key areas – the crossover and cabinet”.

Mordaunt-Short’s design team have made a number of component changes to the speaker’s crossover network, to include audiophile-grade capacitors and an all-new PCB.

The other key improvements have been made to the cabinet. Internal volume has been cleverly increased – effectively giving more bass performance – and the cabinet uses a new improved version of the original polymer resin used to give the speaker its radical shape. The limited edition Performance 6 has been launched to celebrate Mordaunt-Short’s 40th anniversary and is priced at £4,000 per pair.