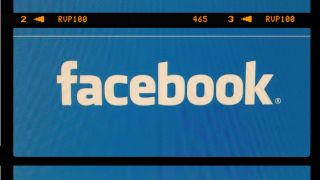 As if your Facebook news feed wasn't already cluttered enough with irrelevant sponsored posts urging you to try whatever the Sims-style game du jour is, the social network is soon to put video ads into the mix.

According to the Financial Times, we can expect to start seeing the 15 second videos pop up as soon as this summer - July being the favourite month for launch.

The first video you see each day will apparently autoplay but - happily - on mute. If you switch the sound on (or accidentally hit the unmute button), the video will restart with the audio track.

In an effort to reduce irritation, Zuckerberg and co are said to be planning to roll the ads out slowly with a trial period preceding a full onslaught.

During this time, the ads will be limited - so each user should only see videos from one advertiser per day. Whether or not this will mean seeing the same video over and over, or a variety of videos from the same brand is unclear.

Facebook is under growing pressure to bring in the Benjamins now that it has become a publicly listed company - hence the move into new and exciting forms of advertising.

According to sources close to the matter, the social network has seen the money that YouTube's been raking in and decided it wants a piece of the moving ad action.