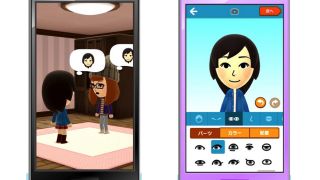 Nintendo's long-awaited flirtation with smartphone gaming will commence around March 2016, according to Nintendo CEO Tatsumi Kimishima.

Speaking at a strategy briefing for investors in Tokyo, Kimishima said that the company's first smartphone title would be called Miitomo ("Mii Friends") and will be based around Mii interactions.

Like the Nintendo's Mii-based mini-games on 3DS, Miis will engage with the user, but will also interact with other people on their own.

Working with mobile games maker DeNa, Nintendo has designed a game that will be free to play, but features the grim spectre of in-app purchases.

While it's not the mobile Mario title many had hoped for, Miitomo is only the first of five titles Nintendo plans to launch within the first year of its smartphone experiment.

The remaining titles will be pay-to-download, which could help make up for some of Nintendo's lost revenue, which has been caused by weakening sales for the company's Wii U and 3DS consoles.