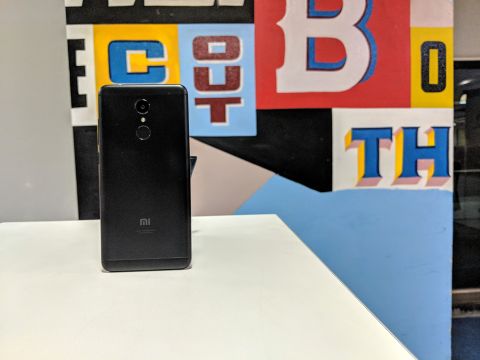 The Redmi 5 is undoubtedly a complete smartphone and has all the necessary inclusions like a bigger display and the latest chipset. But, it isn't as striking or as fresh as the Honor 9 Lite that comes for Rs 10,999.

Xiaomi, with the launch of Redmi 5, seems to have struck a final nail on the smartphone-price coffin. The company has been dominating the  space for smartphones priced anywhere between Rs 6,000 to Rs 16,000. When the Redmi 5A was launched, it took over the entry-level segment, and within a few months it was followed by the Redmi Note 5 and the Note 5 Pro that knocked out phones priced between 10-15K.

We were not quite done talking about the Redmi Note 5, and Xiaomi went ahead and delivered the Redmi 5 to replace the Redmi 4 in the 7-10K price segment. It is the company's solution for users looking for a compact yet balanced handset that also offers logical value proposition.

My experience with Redmi was more or less similar to all the other Redmi phones I have used prior to this. The major difference overall here was the size and the battery. I had written about my three days experience with the Redmi 5 earlier, and most of the things I mentioned there remain.

Xiaomi has updated the Redmi 5 with some in-trend elements like the 18:9 display and minimal bezels. But the question I had before writing the review were mostly about the new upgrades on the phone.

Do these feature make the experience better? Is this a phone I wanted to see after the Redmi 4? And most importantly, is this a phone worth recommending because it's actually good, or just because there is a lack of competition?

The answer to all these questions are in the review. Read on.

Xiaomi Redmi 5 is already up for sale in blue, pink, gold, black and a lake blue colour.

As a part of an introductory offer, Xiaomi has partnered with Jio for an instant cash back of Rs 2,200 (on the first recharge) along with 100GB of 4G data (on recharges of Rs 198 and Rs 299). Redmi 5 buyers will also get up to 90% discount on first Kindle e-books.

The Redmi 5, like its siblings, has an iterative design that makes it look exactly like a smaller Redmi Note 5. Well, that's not the first time I am saying this for a Redmi phone - the Redmi 4 resembled the Note 4.

The Redmi 5 has a good design and build quality for its price, but it doesn’t differentiate it from the design language that’s being followed for the last two years.

It's a good thing that the design on the Redmi 5 doesn’t look like a cheaper replica of a popular flagship, but it still fails excite us.

It is a solid phone, offers a great in-hand feel and can be used comfortably with just one hand, but it looks dull if you put it next to the Honor 9 Lite.

I bring up the Honor 9 Lite because it's a perfect example of great design for its price. I am not saying Xiaomi should come up with a blingy phone, but my intention here is emphasise on the fact that consumers want phones that look different.

Despite sharing looks with its predecessor, the phone has some minor alterations. It is taller, wider, heavier and more sleek than the Redmi 4. The back looks a lot like the Redmi Note 5, with the camera housed right above the fingerprint sensor and not placed in the top left corner.

From the front, the phone looks exactly like the Note 5, which means more screen space and less bezels. This also means that the physical navigation keys have been replaced by the on-screen ones this time.

Like previous Redmi phones, it has rounded corners, a flat back with curved sides. However, the curves aren’t as well pronounced as we have seen in the past.

The front gets a full score in terms of looks, but Xiaomi should consider bringing in newer elements to the next phone.

We all must thank the Mi Mix for setting an example for the future phones with its bezel-less design. Forget flagships, even entry level phones have minimal bezels and an 18:9 display these days.

Exactly a year ago, the Redmi Note 4 was launched with a 5.5-inch display and the Redmi 4 had a smaller one. Thanks to the new display trend, now even the Redmi 5 has a bigger 5.7-inch display than the Note 4.

The Redmi 5 does not retain the smaller display size, but it still has a decent HD+ (720p) panel like its predecessor. Colours look vibrant but a slight blue tinge makes its presence felt. Sunlight visibility remains sub-optimal, but auto-brightness makes up for it. Overall, it’s a colourful display with cool tones, a wide colour gamut and decent viewing angles.

For games and media consumption, this is one of the best displays found on a phone at this price point.