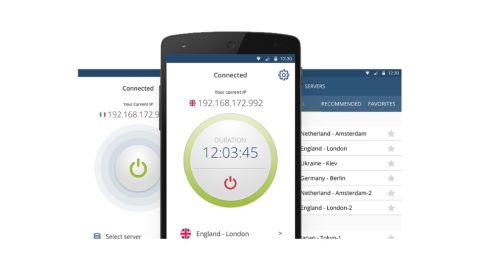 There's the core of a good VPN here, but SwitchVPN’s many issues make it difficult to recommend.

SwitchVPN is a small US-based VPN provider which makes some very eye-catching claims about its service.

The company claims to be a 'world leader in VPN Services', for instance, with 'proprietary designs and state-of-the-art data centers', 'the best value' and 'the widest range of features.' Sounds good, but drill down to the details and there's not a lot to back this up.

The company has a modest 250+ servers in 43 locations worldwide, for instance. That's not bad, but NordVPN's 5094 servers in 60 countries looks a lot better, to us.

Other SwitchVPN features look much like we'd expect from any decent VPN. 256-bit encryption, apps for desktop and mobile, a kill switch, zero logging, and the option to connect up to five devices simultaneously.

Still, the service does also have plus points you won't get everywhere, including P2P and port forwarding support everywhere, its own DNS servers, wide protocol support (OpenVPN, L2TP/IPsec, IKEv2, SSTP and Socks5), 24/7 support via live chat, and payment accepted via card, PayPal and Bitcoin.

A basic plan supporting up to two devices is priced at $5.95 a one-off month, or $3.33 over a year. The Plus plan costs $9.95 a month, or $5.82 billed annually. You can get better deals elsewhere, especially if you subscribe for two or three years, but this is decent value for an annual product.

There's no free product or trial to sample the service, unfortunately, but SwitchVPN does give you a no-strings unconditional 30-day guarantee, with no sneaky 'can't use more than 100MB' clauses in the small print. If you're unhappy, they say, send an email and you'll get your money back.

The SwitchVPN website makes familiar promises about keeping "zero logs" and that "we do not log any activity or data of our users", but we've learned that these claims don't always mean very much.

SwitchVPN didn't improve our confidence by tell us we could find out more in a "privacy guarantee", but when we clicked the link, it just pointed us back to the same page.

We headed off to the privacy policy, but this wasn't much more help. The most relevant sentence was that the "company does not collect or log any traffic or use of its Virtual Private Network ("VPN") service or Proxy", which seems to say there's no logging of your activities, but not a lot else.

That's now disappeared, which hopefully means SwitchVPN isn't doing it any more. But it does show what the company has previously thought was compatible with a claim of "zero logging". Factor in the lack of detail in the privacy policy, and we can't have any real confidence in what's going on here.

That's not uncommon with VPN providers, but there are some exceptions. NordVPN, VyprVPN and TunnelBear and a few others have put their systems through public audits, showing real transparency and providing potential customers with solid evidence to back up their claims. It's a much better approach than making vague promises in a privacy policy, and we hope more VPNs will take the audit route in future.

The SwitchVPN signup process uses a familiar wizard-type approach. Choose a plan, click Next; enter an email address and password, click Next; choose a payment method (card, PayPal, Bitcoin) and hand over your details. There were no surprises of any kind, and our subscription was active in less than a minute.

The website took us to a page displaying basic account details. Some providers make it difficult to cancel accounts or change billing terms, but not SwitchVPN – the account page has clear buttons to disable auto-renewal or cancel your subscription.

We found, downloaded and launched the Windows installer, but noticed several issues over time.

The installer had a very generic name (installer_offline.exe), and the file properties didn't include a product name. There was a reference to 'CS Systems', but unless you knew it was the company behind SwitchVPN, that wouldn't mean very much.

The initial setup seemed to be incomplete. After it finished, we launched the client and tapped Connect, and were immediately presented with a Windows dialog asking if we wanted to install SwitchVPN's network adaptor. We would have expected the installer to handle that, but puzzlingly, it didn't even seem to be necessary, as the client connected while we were still wondering whether we should install the adapter (eventually, we did).

This may sound like technical nit-picking, but keep in mind that a VPN can play around with your network settings, and maybe cause all kinds of issues. If there's no simple way to uninstall it, and trying only makes the situation worse, that could become a real problem.

Despite these basic looks, there's a lot of functionality tucked away here. A tap on the current location gives you a list of available servers, for instance, with an indicator of load, and a simple Favorites system to keep your commonly used locations grouped together. Desktop notifications tell you when you connect and disconnect, and the client displays your current upload and download speeds in real-time.

The Settings panel gives you plenty of protocol options, including OpenVPN TCP and UDP, IKEv2, SSTP, L2TP and PPTP. Experts can tweak MTU size and set up HTTPS or SOCKS5 proxies.

An integrated kill switch enables blocking your internet access if the VPN connection drops. While that sounds great, there's a big problem: the client says the kill switch only works for OpenVPN connections. That's a major weakness, and not an issue we recall seeing elsewhere.

A Diagnostic section includes a switch to 'Send anonymous diagnostic data' which apparently shares 'anonymous speed-test data and information about whether' VPN connections succeeded. While this might be harmless, we weren't impressed to see that this feature was enabled by default, and is tucked away in Settings so that most users may never even know it exists. We appreciate VPN providers might benefit from telemetry, but they should be transparent about it, ask if you want to enable it in the installer, and have it turned off unless you choose otherwise.

More issues appeared as we tested the client's features. The kill switch appears to be entirely dependent on the open source OpenVPN executable, so if something happens to that process - it crashes, say - your internet access won't be blocked. And if you're not using OpenVPN, the connection can fail without raising any alert. The client interface updates to show you've disconnected, but if it's minimized or behind a window, there's no way you'll know you've just lost your protection.

The dubious surprises continued to the end, when we noticed that SwitchVPN's OpenVPN connections were using AES-128 encryption, not AES-256, the standard you'll get almost everywhere else. You're not significantly more likely to be hacked, but it leaves us wondering what other privacy secrets the client might be hiding.

SwitchVPN doesn't push its website unblocking abilities as a major selling point, but don't be fooled, it's better than you think. We found the service got us into US-only YouTube, BBC iPlayer via one of the two UK servers, and even US Netflix.

Performance was reasonable in our tests. Local UK connections managed excellent download speeds of 65Mbps and higher, and the closest European cities delivered the same. The US was usable but sometimes disappointing, though, with speeds down to 25-30Mbps, and Asia was fractionally lower at an average 20Mbps.

We rounded off our review with some privacy tests, and they raised more problems. Although DNS leaks were prevented when using the OpenVPN protocol (probably because the OpenVPN process was handling the low-level technicalities), our original DNS servers were used when we switched to other protocols, such as IKEv2.

The issue here isn't just the technical failure, it's the lack of transparency to the user. SwitchVPN's website claims the service protects you with a kill switch and by blocking DNS leaks, but it doesn't tell you that these features only work on some protocols. Choose the 'wrong' protocol and you'll reduce your level of protection, probably without even realizing.

SwitchVPN looks good and is easy to use. But digging deeper revealed multiple privacy and technical issues, leaving us with little confidence that it can deliver the level of protection we would expect. The service could still work as a simple website unblocker, but we wouldn't use it for anything privacy-critical.