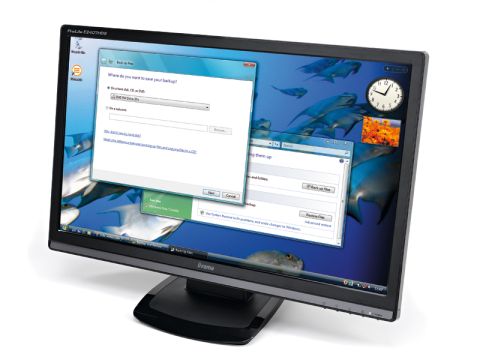 With a native 1920x1080 resolution, this affordable monitor is a cheap way into the world of full HD

The ProLite E2407HDS isn't the first 16:9 screen to pass through the TechRadar offices, but according to the manufacturer it is the first 24in model to use a native 1920 x 1080 full HD panel.

Yet the most intriguing thing about it isn't the aspect ratio, but the price. At less than £200, it's very good value for so many pixels. Although the screen is an inexpensive Twisted Nematic affair, it's not bad.

The colours are clear and bright, and the preset modes for movies and games seem well balanced. By default, it's too close to the blue side of the spectrum for our tastes, but that's not a big deal unless you indulge in professional image editing.

But even for a TN panel, the viewing angles aren't good. Move your head just slightly out of line and the image starts to deteriorate at the ultra-wide edges. Worse still, the stand is both low and unadjustable.

It's not bad enough to be fatal, though, and it's easy to be generous given both the image quality and low price.