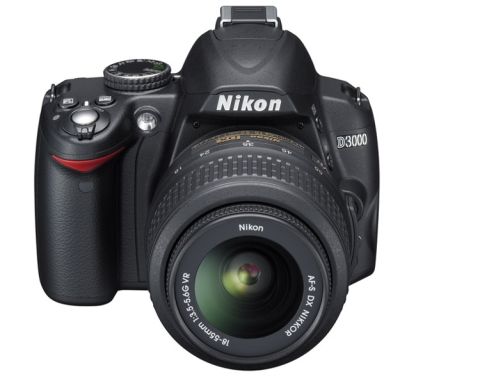 The Nikon D3000 is the most user-friendly DSLR yet released

The Nikon D3000 represents Nikon's attempt to put a DLSR into the hands of people who would normally feel out of their depth with that kind of high-end camera.

While there are lots of great digital SLRs out there, nobody has quite worked out how to make them really easy for novices.

Even confident and creative compact-camera users tend to blanch when you pass them a DSLR; there's something about that foreboding black body and plethora of buttons and dials that puts people off.

So Nikon deserves a big round of applause for the D3000, which is the most beginner-friendly SLR we've ever seen. This £500, 10.2MP DSLR is a direct challenge to the well-received Canon EOS 1000D, as well as entry level rivals such as the Sony Alpha A330, the Olympus E-450 and the Panasonic Lumix DMC-G1.

As such it's perfectly placed to attract the still-substantial number of compact owners who are looking to buy their first SLR. The entry-level SLR market remains massively profitable for makers for one simple reason. Once you've attracted somebody to your SLR system, you can keep flogging them lenses and accessories for the rest of their photographic career.

At first glance, the Nikon D3000 looks like standard fare, with its diminutive proportions and modest but effective 18-55 zoom lens (a very similar spec to Canon's entry-level kit lens).

You only notice the camera's unique selling point when you glance at the top shooting dial. As well as the usual PASM exposure modes, there's a new addition called GUIDE. Select GUIDE and this SLR suddenly resembles a compact. A big colourful screen pops up with three options: Shoot, View/Delete and Set-up.

The last two are self explanatory, but Shoot is a unique addition that lets you choose from a range of shooting options – from close-up to action, and from night shots to blurred backgrounds in portraits.

While nigh foolproof, it's far from being Fisher Price, as each shooting option explains how to achieve the effect you're after, rather than just being a dumb pre-set – so it's a useful learning tool for getting to grips with the creative exposure controls on a D-SLR.

There's also a More Settings option that takes you straight to Flash and AF modes. It's all explained very well. So what doesn't the camera have? The biggest omissions, apart from a top LCD, are Live View and the ability to record HD video.

This is quite a risky strategy, but Nikon's obviously hoping that SLR beginners will be happy to sacrifice these handy extras in return for an easy to use stills camera.