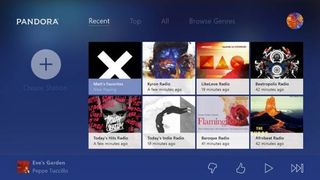 While Pandora's been cranking out the tunes for over 15 years, and has more monthly listeners than anyone but YouTube, it's always been something of a one trick pony, and not a particularly profitable one at that. Now it's looking to expand its music offering to include on demand streaming and live events.

Following Rdio's decision to file for bankruptcy, Pandora has announced that it will be acquiring "several key assets" from the floundering company.

On a call from executives to its investors, Pandora announced that its goal is now to become the world's biggest music platform.

The Rdio acquisition, which will cost Pandora US$75 million, will help in this regard, as Rdio's business model enables Pandora to expand and reboot its slowing user growth – Pandora currently only operates in the US, Australia and New Zealand, while Rdio is available in 100 countries.

Pandora will be taking on Rdio's technology and intellectual property, and claims that "many employees" from Rdio will be invited to make the transition. However, some of Rdio's staff will need to look for work elsewhere, including Rdio's CEO.

The acquisition could open up new opportunities to heal Pandora's soured relationships with record labels, which have made further international expansion difficult for the company – Pandora's royalty rates are set by governments, which has kept them low and annoyed many labels.

Pandora also recently acquired TicketFly, which it hopes will help make the company more profitable by enabling ticket sales to be offered to its 78 million monthly users.