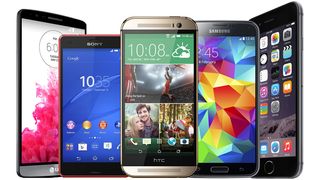 There's no underestimating the impact graphene could have on technology

Graphene is an incredible conductor that's super-thin, super-strong and super-flexible, and it could be boosting your smartphone's battery a lot sooner than imagined thanks to the latest breakthrough by researchers.

To date, it's been expensive to make the stuff, but researchers at the University of Glasgow have discovered a way to produce large sheets of graphene in a much more cost-effective manner.

Graphene is typically made via a process called 'chemical vapour deposition', which combines gases in a reaction chamber to result in a film of graphene being deposited on a surface known as a substrate.

The Glasgow boffins, led by Dr Ravinder Dahiya, apparently used a similar process to create graphene on the surface of commercially available copper foils (which are relatively cheap, and often used in the manufacture of lithium-ion batteries for gadgets).

They found that the copper surface provides an excellent medium for the graphene to form on, and most importantly, it's over a hundred times cheaper than existing production methods.

Dahiya noted that the copper used in the university's method sells for around a dollar per square metre, compared to $115 (around £75, or AU$160) for the same quantity of copper which is currently used in graphene production – plus the latter often needs special preparation which heaps further expense on the process.

Dahiya said: "Our process produces high-quality graphene at low cost, taking us one step closer to creating affordable new electronic devices with a wide range of applications, from the smart cities of the future to mobile healthcare.

"Much of my own research is in the field of synthetic skin. Graphene could help provide an ultraflexible, conductive surface which could provide people with prosthetics capable of providing sensation in a way that is impossible for even the most advanced prosthetics today."

The research was conducted in conjunction with scientists at Bilkent University in Turkey, and was published in Scientific Reports as a paper entitled 'Synthesis of Large Area Graphene for High Performance in Flexible Optoelectronic Devices'.

Graphene could be revolutionary in many ways, including superfast computing, incredibly light wearables, flexible phones, and it could lead to batteries with massively more capacity than today's power packs – meaning smartphones could only need charging once per week as opposed to daily.

There are, however, other difficulties to overcome than the mere cost of production, including sourcing the material itself.