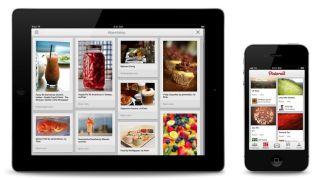 Popular social network Pinterest has been hit with a lawsuit by a man who claims he came up with the ideas that underpin the site.

Theodore F. Schroeder has filed suit claiming that ideas, such as the 'boards' and 'infinite scrolling', which eventually comprised Pinterest were stolen by former business partner Barry Cohen.

He alleges the aforementioned ideas, plus the female-friendly design and colour scheme, were 'linchpin' concepts for a start-up social network called Rendezvoo

Cohen and Shroeder had worked together on the site in 2007/2008. The plaintiff claims that Cohen took those ideas and concepts to Pinterest when he became an early investor in the project.

Attourney Richard Scheff, representing Schroeder's told AllThingsD: "The bottom line is that it's illegal to steal an idea for your own benefit without regard to the originator of that idea.

"Here, Mr. Cohen joined an existing enterprise in which Mr Schroeder had a majority interest, and then took without permission or right Mr. Schroeder's ideas, concepts, web application and technology."

A spokesperson for Pinterest called the lawsuit "baseless" and vowed to fight the allegations.

This isn't the first (and probably won't be the last) time we've heard such a case.

The infamous Winklevoss twins ended up rich men over their long campaign to assert that Mark Zuckerberg stole their ideas for Facebook.

As AllThingsD's Liz Gannes points out, you're not anyone in the world of social networking until someone has accused you of pinching the idea, so perhaps Pinterest should be flattered?