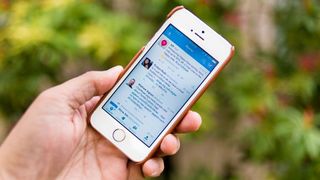 In its official announcement of the lighter service, Twitter said that despite smartphone adoption growing to “3.8 billion connections by the end of 2016, 45 percent of mobile connections are still on slower 2G networks.“

As a result, Twitter Lite is largely geared to these emerging mobile markets without 4G connectivity and slow and unreliable wireless networks.

The service will provide all the main features of the Twitter app including timeline, Tweets, Direct Messages, trends, profiles, media uploads, notifications, and more but it'll take up less than a megabyte of space. It also features a further data-saving mode that will blur out any images or videos until the user taps on them to view them.

It’ll also work offline so users will be able to continue using the app even if their connection drops out, though obviously they won’t get access to new tweets.

According to Twitter, the 'Lite' version of the site will be able to load to a usable level in under 30 seconds on most 3G devices, and says that as well as loading faster, it will use around 40% less data in normal use, and up to 70% less when the data-saving mode is turned on. Being less power hungry than the official app, we imagine it could also be a battery-saving method of using Twitter too.

This should, Twitter says, make it “more affordable for you to use Twitter in areas where mobile data is expensive.”

Though it's geared towards emerging markets, Twitter Lite is currently available globally so it's likely that at some point you'll find yourself using it without even realizing.

Of course, Twitter isn’t the first social media service to set up a more streamlined version of its app, with Facebook and YouTube having had versions of their own for a while now. This could be a pretty key move for Twitter in terms of attracting more users to its service – something it’s struggled to do as of late.