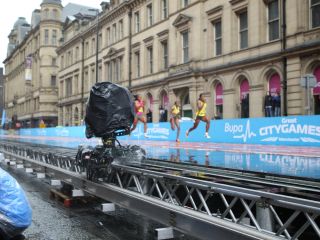 Sky could be looking to launch its eagerly-anticipated 3D broadcasting on cinema screens while it waits for the general public to begin buying up 3D TVs.

In a conversation with WotSat, Sky's customer group MD Brian Sullivan revealed that Sky would be launching a 'fundamentally different' service in 2010, hinting that the big screen may benefit.

"We will absolutely be launching a service in 2010 and that service will be fundamentally different from the services we offer today," said Sullivan

"We are building our capability and we will be showing our first end-to-end sporting events soon, but I would not be surprised if the service materialises first out of the home, because it's also a question
of consumers changing to the new 3D screens."

This could mean that Sky will apply the lessons that it has learned about filming in 3D to major sporting events and then bring them to a cinema near you.

The broadcaster's high profile boxing matches may be the most obvious candidate – with the sport showcased right back at the launch of the technology and clearly something that fits well with 3D.

Sky is still in the process of rolling out its new HD Sky Guide to people on Sky+ HD boxes, and Sullivan stated that this hardware was here to stay, even if 3D became popular.

"Our HD box we over-specced to an unbelievable degree because we do not want to go through another box replacement cycle. We can't!"