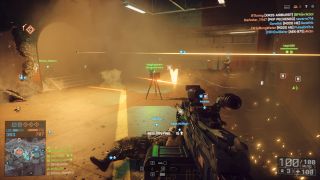 Windows 10 could give gaming a shot in the arm

Battlestation commanders take note: Microsoft has pledged to reveal the future of PC gaming at its Windows 10 event on January 21.

In a post on the Xbox blog, Xbox Wire editor-in-chief Will Tuttle noted that Phil Spencer, head of Microsoft's Xbox unit, will be shedding light on Windows 10's consumer experience -- including "the role that gaming will play."

Tuttle added that the company's goal is "to help PC gaming flourish", part of which will involve extending the Xbox experience across Windows 10 gaming PCs and other devices. Microsoft will livestream the event from its dedicated Windows 10 story website from 9am (Pacific) / 5pm (GMT).

The company previously announced that Windows 10 will ship with DirectX 12, which promises to help developers eke out more performance from hardware, in addition to bringing benefits to integrated graphics solutions such as Intel's HD Graphics series.