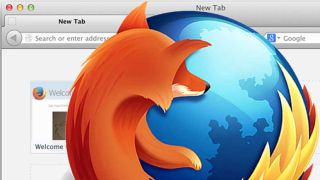 Will this page soon turn into a circus of ads?

Mozilla announced in February that it was developing special ads for the tiles on Firefox's home page, also known as the page that appears when you open a new tab.

Now Firefox Vice President Johnathan Nightingale has acknowledged that the announcement "didn't go over well" and has sought to assuage some user fears.

"A lot of our community found the language hard to decipher, and worried that we were going to turn Firefox into a mess of logos sold to the highest bidder; without user control, without user benefit," Nightingale wrote in a blog post.

"That's not going to happen," he continued. "That's not who we are at Mozilla."

When the feature was announced Mozilla explained that Firefox users would see a mix of popular websites and sponsored content in the tiles previously populated by users' frequently visited sites.

Nightingale hasn't contradicted that, but he emphasizes that Mozilla will test the new tabs page extensively before rolling anything out to your average Firefox users.

In the meantime they'll test the new sponsored tiles on pre-release channels "in the coming weeks," Nightingale wrote.

That is until Mozilla is sure Firefox users won't revolt, at least.