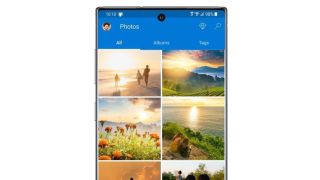 In what could be the beginning of the end for Samsung Cloud, the phone maker has flicked the switch on its collaboration with OneDrive, meaning that photos and videos on Galaxy Note 10 devices are now synced to Microsoft’s service (and more Samsung phones will follow).

Specifically, as announced back in August, the functionality introduced is for Samsung Gallery to sync with OneDrive and automatically back up photos and videos to Microsoft’s cloud storage locker.

As Tizen Help reports, the feature is now live at least over in South Korea, and that: “Cloud’s Gallery Sync, Drive & paid storage purchases have since been bundled with Microsoft OneDrive, the photos [and] videos from Gallery will automatically store into OneDrive”.

A South Korean customer rep apparently confirmed the move, according to the tech site.

The report also suggests that Samsung Cloud will be “changed” – presumably transferred wholesale – to Microsoft OneDrive, and that: “Once the customers choose to use OneDrive cloud services on their smartphones or other devices, then they can’t change it again to use Cloud on the device. It may be the start of Samsung to close the Cloud service.”

We’re not sure where this suggestion is coming from, and we take it with a massive dose of salt, but the report goes on to suggest that customers who don’t want to transfer over to OneDrive will simply have to use their own local backup storage.

This doesn’t seem a likely scenario, but what is clear is that Galaxy Note 10 users in South Korea are now receiving the notification that photos and video files are syncing to OneDrive, so presumably this functionality will be coming to other regions imminently.

Of course, this is all part of a bigger collaboration between Samsung and Microsoft as previously revealed back in August, and on the business front that means giving corporate users “improved remote access to their enterprise workspace”, including the full suite of Microsoft Office apps.

Furthermore, the Galaxy Note 10 benefits from an optimized Outlook app with some nifty and convenient features, including the ability for S Pen users to enjoy at-a-glance previews when hovering over emails or the likes of calendar events.