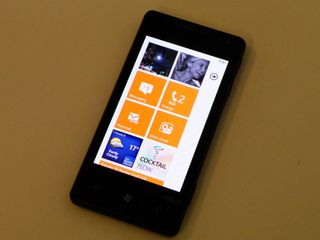 Tangy Tango, not for the high end?

The next Windows Phone update, dubbed 'Tango', could be intended only for cheaper, low-end Nokia-made handsets.

It seems there could be two versions of the update on the cards, with Nokia inspiring the low-end focus as Microsoft looks to lower the entry-price of Windows Phone handsets.

Tango is set to fill the gap between the imminent Mango release and the major Apollo update slated for next year, with at least one, maybe two Tango releases coming out before Apollo.

Long-time Microsoft commentator Mary-Jo Foley spoke to sources who suggested that Tango may be "focused largely or even exclusively on the Asian market", so we may not even experience the sweet tangy tang of Tango here in the UK.

She also discovered that all Windows Phone codenames will end in –o for the foreseeable future; so here are a few to keep them going: bingo, disco, Ringo, quango, armadillo, mambo, pogo, amigo, stiletto, jingo and hobo.

While we can't see Microsoft going for hobo, we'd be very much in favour of Microsoft opting for the Windows Phone Disco update.

Anyway, back to the phones; we're reckoning on seeing Mango hit Windows Phone handsets pretty soon. But as far as an entry-level range of Tango-running Nokia handsets go, we'll file it under 'Quite Likely' until firmer evidence presents itself.

From ZDNet via Win Rumors