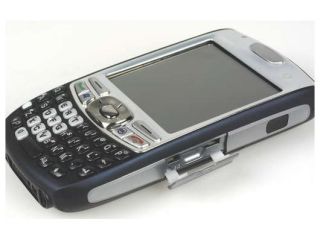 PDA and smartphone manufacturer Palm this week announced its plans for the year ahead - but refused to comment on speculation that the company is looking for a buyer. Talking at an analysts' meeting in New York, Palm refused to answer any questions regarding its rumoured take over, including reports that the company hired a banker to assess its take-over potential.

"We asked people at the very beginning, it's not something we are prepared to talk about," Ed Colligan, Palm chief executive, told Reuters

However, Palm did cite figures saying the smartphone and PDA market will reach $36bn (£18bn) by 2009. "We have an enormous opportunity. You can expect us to do business development around the world," said Colligan.

Palm also announced that it is looking into developing operating systems based on Linux. More details are expected at a later date.

In March, Motorola was tipped to buy Palm with the announcement expected at the same time as the company's financial results. However, when Motorola declared it was to post a figure $1bn (£500m) less than expected, the Palm take-over announcement failed to emerge .