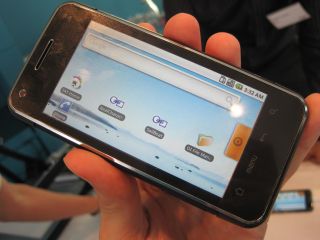 Intel is trying to promote Atom for smartphones - can it do the same with MeeGo?

Intel believes it still has a "huge opportunity" in the smartphone market. That's according to the head of Intel's Software and Solutions Group Renee James.

TechRadar grabbed a few minutes with James and colleagues Doug Fisher and Peter Biddle to talk about Intel's plans for the smartphone market, MeeGo and AppUp, Intel's application store.

Believe it or not, Intel's Software and Services Group (SSG) would be among the top five software companies globally if it were a separate entity to Intel – and that's before adding in the proposed acquisition of McAfee which James is personally responsible for.

But surely Intel realises it may have missed the boat in the smartphone market? "No I don't, obviously," says the senior vice president of Intel SSG. "I actually think we have a huge opportunity ahead of us as the smartphone market is growing and there are hundreds of millions of users untapped."