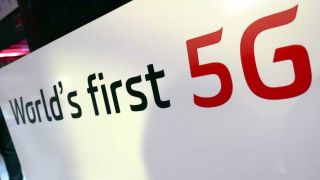 India’s largest telco Airtel and state-run telco BSNL have joined hands with Finnish handset maker Nokia to to create a strategic roadmap for network evolution to the 5G-technology standard in India. The official announcement was made earlier in March and Nokia recently inked memorandum of understandings (MoUs) with Airtel and BSNL.

"Thoughts behind these MoUs would be to introduce 5G here, and what are the steps required for the same, besides identifying applications to define the target segment, which will lead to a complete 5G strategy for telcos," Sanjay Malik, head of India market at Nokia, told ET.

Sanjay Malik further told ET that field and content and application trials in India will start around 2018. The 5G project is currently in preparatory phase, and the global launch of 5G technology is said to take place around 2019-2020.

Malik also said that BSNL is currently working to set up its 5G foundation in India. Government of India is reportedly planning to auction spectrum bands over 3,000 MHz,. Amit Marwah, head, End-to-End Sales Solutioning, India Market at Nokia, called it as a step in the right direction, as the first set of 5G band of 3.5 Ghz has been adopted globally.

"5G is moving very fast, so it is important to start discovering and looking at the possibility of what spectrum exists in India and start working on it… if you look at the overall ecosystem and how 5G is developing, it is not only about 3.5 GHz or 700 MHz, but also about millimetre waves and centimetre waves and gigahertz of spectrum going forward," Marwah said.

Moreover, Nokia is also creating an experience centre within its research and development centre in Bengaluru to try and find out stakeholder requirements for 5G in India.

"Whole cycle of 2G took 10 years to develop in the world, 3G took less, and 4G even lesser. Today, India is sitting on par with any other place in the world in terms of technology, and we want to leverage that opportunity here," Marwah added.

Marwah said that collaborations with telcos in India are done to discover the requirement of the local market and also the possibility of rural connectivity, agricultural IoT (Internet of Things), which might be more relevant for the country in coming future.