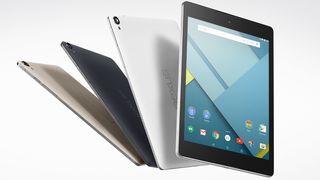 We'd already heard that HTC might be plotting its own tablet for 2015, having manufactured the recent Nexus 9.

The HTC slate will flaunt the company's own brand this time, rather than Nexus name, but it will apparently be taking some cues from the Google tablet.

Evleaks protégé @upleaks, who seems to be in the know on all things HTC, has taken to Twitter to claim that HTC's tablet will be "based on" the Nexus 9, sporting dimensions that are almost the same. However the specs, upleaks hints, will be different.

Assuming that's true, we can expect HTC's tablet to rock a 9-inch display. Let's just hope that everything underneath is better, not worse, than the Nexus 9.

This would be the first HTC tablet since 2011's disappointing HTC Flyer, so let's hope it's a damn good one.