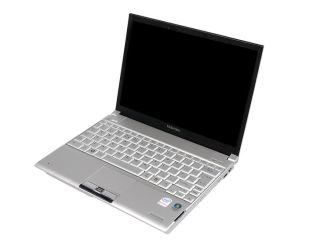 Toshiba has resisted shrinking its laptops until now

Another day, another netbook looking for a slice of the action generated by Asus and its Eee PC blockbuster – this time it's Toshiba keen to get in on the fun.

The Japanese company used this week's CEATEC technology show to announce the NB100 netbook, which will debut in its home territory later this month for around ¥75,000 (£400).

As if we need to tell you the specs, the NB100 will run Windows XP on a 1.6GHz Atom chip and a 120GB hard drive and won't have an optical drive. The 8.9-inch screen raises equally few eyebrows, although a weight of just 1.05kg is slightly lighter than some of the competition.