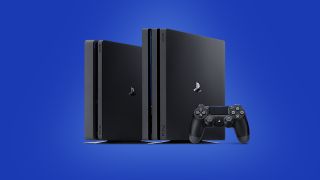 Despite being six years old, Sony continues to sell millions of PS4s every year, with the Black Friday and Cyber Monday period ensuring that sales remain healthy, even if they are beginning to slow down.

It’s little wonder that the flagship console has remained so popular; with a fantastic gaming lineup and a mid-gen 4K update in the form of the PS4 Pro, there are lots of reasons to invest in the Playstation 4.

Now, you may be wondering whether it’s even worth buying a PS4 with the hotly anticipated PS5 release date looming on the horizon – indeed, if you’ve held out this long without buying one, it could make sense to wait until the PlayStation 5 hits shelves.

Even so, many of us will be spending Black Friday scouring the web for the best PS4 deals, hoping to make a saving – after all, it’s still a fantastic console, even all these years later.

So, if you’re absolutely sure that you want to buy a PS4, or upgrade your existing model to a PS4 Pro, Black Friday and Cyber Monday is probably the best time to do so, with past years seeing in some of the best PS4 deals of all time – but which day is best to hit that ‘buy’ button?

What’s the difference between Black Friday and Cyber Monday?

Traditionally, Black Friday is the first Friday after Thanksgiving in the US, when retailers commence their holiday shopping season; the date shifts every year, but in 2019 it will fall on November 29.

It’s based around these retailers making huge discounts, so much so that bargain-crazed shoppers try to barge down the doors (and each other) to save money on everything from TVs to kitchen appliances.

Despite being called Black Friday, retailers have started releasing their discounts earlier and earlier in November, so you can expect to see some of the first Black Friday deals appearing from now onwards.

Cyber Monday, on the other hand, always falls on the first Monday after Thanksgiving, which means it falls on December 2 this year. While Black Friday takes place in physical and online shops, Cyber Monday is a purely online affair, often focussing on site-wide discounts as opposed to individual deals.

Should I wait until Cyber Monday to buy a PS4?

If you have your heart set on a PS4 or a PS4 Pro, and you see a fantastic deal over Black Friday, our advice is not to wait until Cyber Monday – game bundles are particularly popular, and these deals typically sell out quickly.

PS4 Pro bundles were also discounted last year, with Best Buy throwing in a copy of Red Dead Redemption for free when you bought the 4K-ready console.

Accessories and PlayStation Now codes were similarly reduced over the entire Black Friday and Cyber Monday period – and some of last year’s biggest titles like Red Dead Redemption are sure to be discounted heavily this year.

With the PS5 snapping at its heels, the PS4 is likely to see its best discounts over Black Friday and Cyber Monday 2020 – after all, retailers will be looking to offload old stock to make way for the next-gen console.

If you wait that long though, you may as well buy yourself a PS5; we know it’s going to be backwards-compatible, so you’ll be able to play PlayStation 4 titles, powered by a bespoke 8-core AMD chipset that’s based on third-generation Ryzen architecture.

Whether you can wait until the tail-end of 2020 to play God of War in glorious 8K, and with 3D audio courtesy of the PS5 – well, that’s up to you.