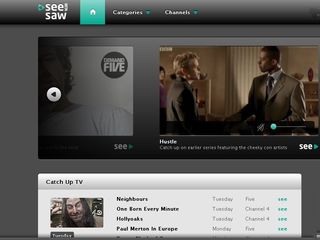 VoD service SeeSaw has signed a deal with NBC Universal which gives users of the site access to a variety of paid-for content from the entertainment company.

NBC Universal has the rights to a number of premium shows, including House, The Office and

These will now be available to view on-demand for a nominal fee – prices range from 99p for an episode, all the way up to £17.99 for a series.

If you 'purchase' a whole series of something, you have 90 days to watch it and 48 hours from the second you click on an episode.

SeeSaw rose from the ashes of Project Kangaroo and is a VoD service that offers free content from the BBC archives, 4oD and Five.

This isn't the first time that SeeSaw has offered up premium TV. Back in May it announced it had signed a deal with MTV and Comedy Central (both owned by Viacom) with prices for these shows similar to the NBC Universal offer.