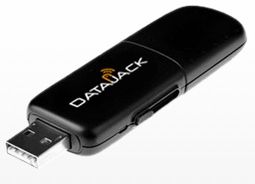 Dongles, eh? They sound funny and they look funny

Ofcom has delved into the murky world of mobile broadband dongle speeds, and found that O2 is the nippiest of the networks.

When rated against Vodafone, 3, Orange and T-Mobile, O2's dongles and datacards loaded web pages the quickest.

Orange and T-Mobile, which reside together under the great umbrella of Everything Everywhere, were found to be the two slowest mobile broadband providers – but it's worth noting that this research doesn't look at smartphone connection speeds, just data cards and dongles.

Everything Everywhere only sounds a little bit bitter in its statement which suggests Ofcom should include smartphone data in a round-up such as this:

"Although we recognise Ofcom's efforts to introduce an independent report on mobile broadband speeds, we're concerned about the methodology used in the research. Our main concern is that Ofcom's study only focused on dongles, which are only one part of a consumer's mobile broadband experience and excludes the millions of users that access the internet through their 3G smart phones.

"It also excludes 2G data as well as Wi-Fi and we don't believe it reflects actual 3G geographic coverage or how customers actually use their mobile broadband services.

"We will continue working with Ofcom to address our concerns about this report and to ensure any further iterations better reflect what really matters to consumers and the many issues which combine to make an effective mobile network."

No one likes a bad winner

O2 had a little crow about its place on the podium, with Derek McManus, CTO of the company, saying, "Our customers are seeing the benefit from the huge investment we've made in our network.

"We always aim to deliver the best network experience for our customers and these results are another indicator that we're doing just that."

It's not all coming up roses for O2 though; realistically, the network is the best of a bad bunch.

In "good 3G coverage areas", loading speeds fell to 2.2 seconds, although at peak traffic times (8-10pm), there were slower speeds all 'round.

Come on networks, it's 2011 for crying out loud. Seven per cent of us are now using mobile broadband as our only internet access. Sort it out!