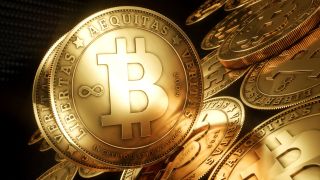 Goldman Sachs will be the first major bank to invest heavily in Bitcoin, giving the cryptocurrency a much-needed shot in the arm.

Sachs has secured a partnership with Chinese investment firm, IDG Capital Partners, claims The New York Times. This partnership will lead a $50 million investment into startup Circle Internet Financial which wants to use Bitcoin's technology to improve consumer payments.

The massive hype around Bitcoin in 2013 has become marred over time by currency's extreme volatility, bringing it down in value considerably. At the time of writing the coin's current value sits at around $235 - in late 2013 it hit a high of $1,147.

Still, Bitcoin has continued to become adopted more broadly. In December 2014 Microsoft started accepting Bitcoin payments, and in March this year the UK government announced it would regulate digital currencies for the first time.

However, it may turn out to be the technology, and not the coins themselves, that has the longevity.