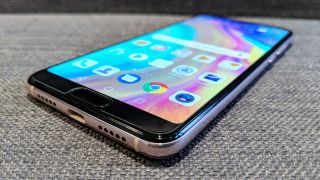 Huawei has said it is still aiming to become the world’s largest mobile phone manufacturer – despite the fact its devices are not widely available in the US and that other countries are ramping up scrutiny of the firm’s mobile and networking products.

The Chinese mobile giant overtook Apple as the world’s second largest producer earlier this year as both Apple and Samsung struggle with the effects of market saturation.

Huawei’s feature packed but affordable devices have long been popular in its price-conscious homeland, where brand attachment is low, but advanced models like the Huawei P20 have won favour with critics and consumers in Western Europe. Sales have also been boosted by the mid-range Honor brand.

Huawei’s gains have come at a time when growth in the wider smartphone market has slowed and when economic growth in China is at its lowest for several decades. Despite the multiple challenges the Shenzhen-based firm is facing, the head of Huawei’s consumer division is in a bullish mood.

“Our customers have trust and confidence in us,” Richard Yu is quoted as telling the audience at a product launch in Bejing. “It’s only politics guys which are trying to put pressure on us.

“Even without the U.S. market we will be number one in the world. I believe at the earliest this year, and next year at the latest.”

Huawei is expected to launch a foldable phone at next month’s Mobile World Congress (MWC) in Barcelona, while it is also banking on demand for 5G devices to continue its rate of growth Consumer revenues increased by 50 per cent in the past 12 months and now accounts for nearly half of total revenue.

The growing importance of the unit comes at a time when government officials and agencies in several countries have voiced concerns about the use of Huawei’s equipment in their telecommunications infrastructure.

Huawei has long been frozen out of the US market, while Australia has expressly banned the company from its 5G rollout. Agencies and government officials in other nations, including Germany, Norway and the Czech Republic, have also expressed concerns.

Senior executives at Huawei have made rare public appearances to address these issues. The most notable of these was a press roundtable attended by founder and CEO Ren Zhengfei, where he stated that he and the company had never spied on behalf of the Chinese government and had no intentions of doing so.

Huawei has repeatedly denied accusations of spying, pointing out that it works with security agencies around the world and that it sells products to more than 500 operators in 170 countries without issue. This includes the UK, where BT, EE, Vodafone and Three are all customers.