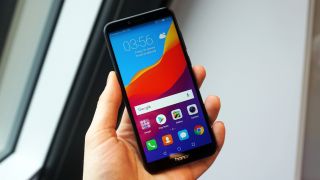 Honor has launched two new budget smartphones - the Honor 7C and Honor 7A - tasked with propping up the bottom end of its handset lineup, while also offering a few flagship features.

Both phones boast large, 18:9 aspect ratio displays, rear fingerprint scanners and face unlock smarts ( face unlock will arrive via an OTA (over the air) update in May).

They also feature a 3-in-1 tray that can support two SIM cards and a microSD card, allowing you to build on the phone's internal storage.

Both phones will be available in black and blue, and run Android 8 Oreo with parent company Huawei's EMUI 8 over the top.

There's no firm release date for either handset, but we're told that both phones should be available in the UK by the end of April.