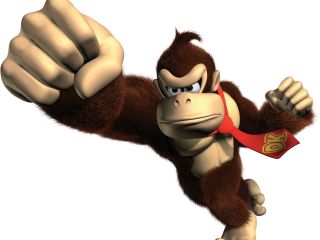 Nintendo has applied to trademark the phrase, "It's on like Donkey Kong," following similar trademarks of other popular Nintendo-related expressions such as, "It's-a-me! Mario!" and marketing phrases such as "Wii would like to play."

Nintendo has confirmed that a request has been filed with the United States Patent and Trademark Office.

It is hard to see anybody questioning Nintendo's trademark applications to own these various phrases, although there is some debate over the actual source of the well-worn DK-related quip.

Who said it first?

The original source of the saying, "It's on like Donkey Kong," was, according to the Urban Dictionary, incorrectly assumed to be from various movies, "but the term was popularized by rapper Ice Cube when he used the phrase in the song "Now I gotta Wet'cha" off his Predator album in 1992.

"It is unknown at this time whether Ice Cube was the person that originally coined the phrase," adds the Urban Dictionary.

The latest 2D platformer DK title - Donkey Kong Country Returns - is being developed by Retro Studios, best known for its work on the sublime Metroid Prime series, due for release later this month on November 21.