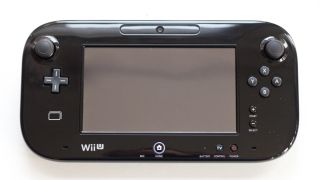 EA blanking the Wii U

Nintendo's struggling Wii U won't get love from at least one game developer anytime soon, according to a new report out today.

Kotaku chatted with EA spokesperson Jeff Brown this week, and Brown revealed there are no EA games under construction for the system.

"We have no games in development for the Wii U currently," Brown said.

The company isn't ruling out developing for the U at some point, but following recent comments by Johan Andersson, technical director of EA's Frostbite project, about the system's lack of power, that day may be very far away.

As the Wii U couldn't even nip up to the current iteration of Frostbite - an effort Andersson called "not too promising" - next-gen titles fueled by Frostbite 3 skipping out on the system seems like a given.

The console didn't land 2013 EA titles like Dead Space 3, Battlefield 4 or the new Madden and FIFA, and Brown said that early runs of EA games on the Wii U delivered on the "unprecedented partnership" between it and Nintendo outlined at E3 2011.