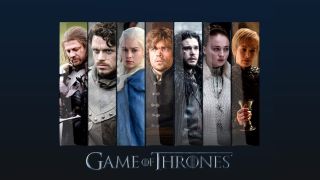 UPDATE: We now have a release date for the Game of Thrones prequel show, House of the Dragon. While it's not the Bloodmoon series we were initially expecting, and it's not coming as soon as we hoped – 2022, which feels centuries away – it is now on its way.

Read on for everything else we know about House of the Dragon and its canceled counterpart...

Everything we thought we knew about the Game of Thrones prequel has changed, as it's been revealed that HBO has canceled the Naomi Watts-fronted Bloodmoon in favor of a new prequel that focuses on the Targaryen clan.

Called House of the Dragon, the new series is based on George R. R. Martin's Fire & Blood, according to The Guardian.

HBO has given House of the Dragon a 10-episode order, confirming that Bloodmoon is dead in the water despite making it as far as wrapping the pilot episode.

House of the Dragon is set 300 years before the original series, and will focus on the Targaryens – in other words, the house that birthed Daenerys, Mother of Dragons.

After Game of Thrones came to a dramatic end in May, many of us have been left with a Jon Snow-shaped hole in our hearts. So what will it be filled with, and when is it coming? You can find out everything you need in the guide below.

What we know about House of the Dragon

Right now, there's not much information on House of the Dragon. We know that it will take place 300 years before the events of the original series, "depicting the stories of the Targaryen kings who had long ruled Westeros", according to CNBC.

In a statement, HBO's president of programming said that "we look forward to exploring the origins of House Targaryen and the earlier days of Westeros".

The series will adapt the first volume of George R.R. Martin's Fire & Blood, which originated out of unused material from The World of Ice & Fire companion book. The first volume was published in late 2019, and a second volume is expected at some point, though possibly not before the series begins – knowing Martin's usual writing schedule.

House of the Dragon release date

Currently, we don’t have a firm release date for the Game of Thrones prequel, but HBO's programming chief Casey Bloys told outlet Variety that the writing team was currently thrashing out the story arc for the series, and that the show would likely arrive in 2022, calling this date his "best guess".

If you’re in the US, HBO Go will likely be the go-to place to stream House of the Dragon, which will require a HBO subscription. The incoming HBO Max streaming service is likely to carry it too.

If you’re outside the US you won’t be able to do this as HBO Go is only supported in the US and “certain US territories”. In the UK, Game of Thrones was available to watch on Sky Atlantic and NowTV – we imagine that the prequel will also appear on these platforms.

House of the Dragon cast and creatives

George R.R. Martin could hypothetically write some episodes himself – as he did for GoT – but is working on finishing the next book in the series (Winds of Winter) before he does any more screenwriting himself.

Martin has written on his own blog that "I expect to be involved in all of this to some extent… and, who knows, if things work out, I may even be able to script a few episodes, as I did for the first four seasons of Game Of Thrones."

"But… let me make this perfectly clear… I am not taking on any scripts until I have finished and delivered Winds Of Winter. Winter is still coming, and Winds remains my priority, as much as I'd love to write an [episode] of House."

What happened to Bloodmoon?

According to HBO, the new series was set to “chronicle the world’s descent from the golden Age of Heroes into its darkest hour”.

The synopsis continues: “From the horrifying secrets of Westeros’s history to the true origin of he White Walkers, the mysteries of the East to the Starks of legend, only one things is for sure: it’s not the story we think we know.”

British screenwriter Jane Goldman was acting as showrunner, having previous worked on classics like Kick-Ass, Kingsman: The Secret Service, and Stardust. (Seriously, how did this series not get made?)

We know for sure that the creators of the original series, David Benioff and D. B. Weiss, won't be returning; the duo just signed a nine-figure deal with Netflix to exclusively write, direct, and develop new TV series and films for the streaming platform.

Oscar-nominee Naomi Watts was due to take up a major role in the series, "as a charismatic socialite hiding a dark secret”.

Photographs of the actress, allegedly in costume for her role in Bloodmoon while filming in Italy, surfaced on Twitter, having been shared initially by Instagram user kiaruzz91_.

Some fans are speculating that Watts was playing Nissa Nissa, the wife of the fabled Azor Ahai. According to Newsflash, legend has it that Nissa Nissa was "stabbed through the heart to defeat the White Walkers and bring light back to the world" – so, Watts could have a huge role in the Game of Thrones prequel.

#new 📸| Naomi Watts on the set of #GameOfThrones prequel "Bloodmoon"(shared by kiaruzz91_ on Instagram) pic.twitter.com/jChfMQV5BMJuly 14, 2019

According to Watcher On The Wall, a Vikings actor was set to join the Bloodmoon cast too; Tadhg Murphy's online portfolio says that he appears in the HBO pilot episode of the GoT prequel.

Will there be a Game of Thrones sequel?

Apparently not, according to HBO programming president Casey Bloys, who told The Hollywood Reporter that there will absolutely not be a sequel to the mainline show.

This will come as a disappointment to fans who are desperate to learn the fate of Arya Stark, who set off to explore west of Westeros in the series finale.

What to watch in the meantime

If you can't wait for the Game of Thrones prequel, there's a veritable cornucopia of fantastic TV shows you can watch in the meantime.

Craving the bloodthirsty battle scenes that GoT became notorious for? Try Vikings, a historical drama with enough charm and scope to take on Game of Thrones in the sword and sandals stakes.

Based on the sagas of infamous Norse hero Ragnar Lothbrok, all five seasons are available to stream on Amazon Prime Video.

If you're looking for a hint of magic and mystery (as well as a generous helping of 80s nostalgia), you can't go wrong with Stranger Things on Netflix – there are three seasons to stream right now, although we're banking on a Stranger Things season four release date being announced soon.

Also on Netflix is the Emmy award-winning historical drama The Crown; if you're missing the scandalous affairs and backstabbing of the Lannisters, tune into The Crown season three, which premiered on November 17.